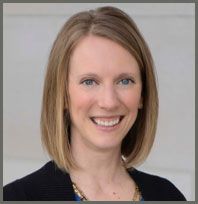 (360) 350-4747
This email address is being protected from spambots. You need JavaScript enabled to view it.

Alison Olson joined the Kiley Juergens Wealth Management, LLC team in 2012. She originally covered for Cindy, our then administrative assistant, during her days off. Over the last few years Alison's responsibilities have grown and now include compliance, bookkeeping, and operations.

Alison was raised in the Auburn area and attended Annie Wright School on a full-ride scholarship for her junior and senior years of high school. In 2007 she received a BS in Computer and Information Science and a minor in Business Administration from George Fox University. During college she was the blob lifeguard at Young Life's Malibu Club, where she met John Kiley while he was enjoying a week of camping with his family. Following college Alison worked for a company that performed IT audits, vulnerability assessments and penetration testing for smaller banks and credit unions. After moving to Olympia in 2010, she began working for Greater Olympia Young Life as the area administrative assistant where she met Marty and re-met John.

Alison and Kyle have two kiddos, Elijah (7) and Lily Grace (5). They are active in her kids' activities and love the outdoors.